As one of the most requested pieces, Death Row Records officially collaborated with King Ice. Death Row signed hip hop legends like Snoop Dogg, Dr. Dre, and the late Tupac Shakur in the '90s.

Is the jewelry real?

Most of our jewelry is brass with a gold plating. Solid gold jewelry will be identified as such.

Our jewelry is plated 5 times. It should not fade if you take care of it. Do not expose the jewelry to water. Contact us if you do encounter any problems.

Can I order by phone?

We ship worldwide. Orders are processed and shipped within 1-3 business days.

King Ice provides a 30 day warranty on all products. If for any reason you are not satisfied with your purchase, simply notify us by e-mail and we will immediately issue a return address. Read our return policy for more details.

Chain is dope...I paid 400 thought the logo would be a bit bigger is their any way I can get a bigger one?

I love this chain so much.

The delivery is a big issue if you live outside of the US but the chain is beautiful and the 400$ is really not expensive for the quality of silver you get.

I have always worn chains/medallions since the late 90s and yet one of the most infamous medallions I could never find was that of Death Row Records.

Sure, there were many imitation ones out there, but I was not about to waste my hard-earned money on cheap knock-offs.

But then I found this .925 Sterling Silver Death Row medallion here on King Ice and was very excited during my research that this was an OFFICIAL Death Row product!

Although this particular medallion does not have the EXACT SAME look as the original Death Row pendants in the 90s (In a video interview, Suge Knight's DR chain has the man and chair iced out), it is a higher quality look in my opinion, especially with the 3-D aspect of the man's hands.

After ordering this medallion (along with a second medallion in silver), King Ice provided wonderful customer service which is very rare to find on other jewelry websites. Both times I e-mailed questions in reference to the medallions and BOTH times I received a response within one day. King Ice employee, Madison, was very polite and gave me immediate answers to all of my questions!

The cubic zirconias of the iced out version of the DR medallion are individually set (as opposed to simply glued on by those cheap knock-offs made by other online "jewelry stores") and the presentation box that they came in are professionally made.

Thanks once again for such great jewelry and I WILL be ordering any future medallions from King Ice from now on. 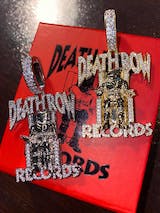 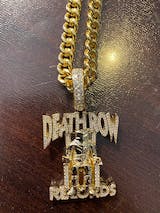 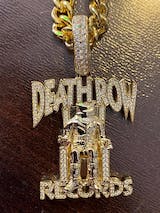 Our pendants come in a variety of shapes and sizes. Use this size guide to get a feel for how your pendant will look.

All SMALL Pendants will fit INSIDE this area 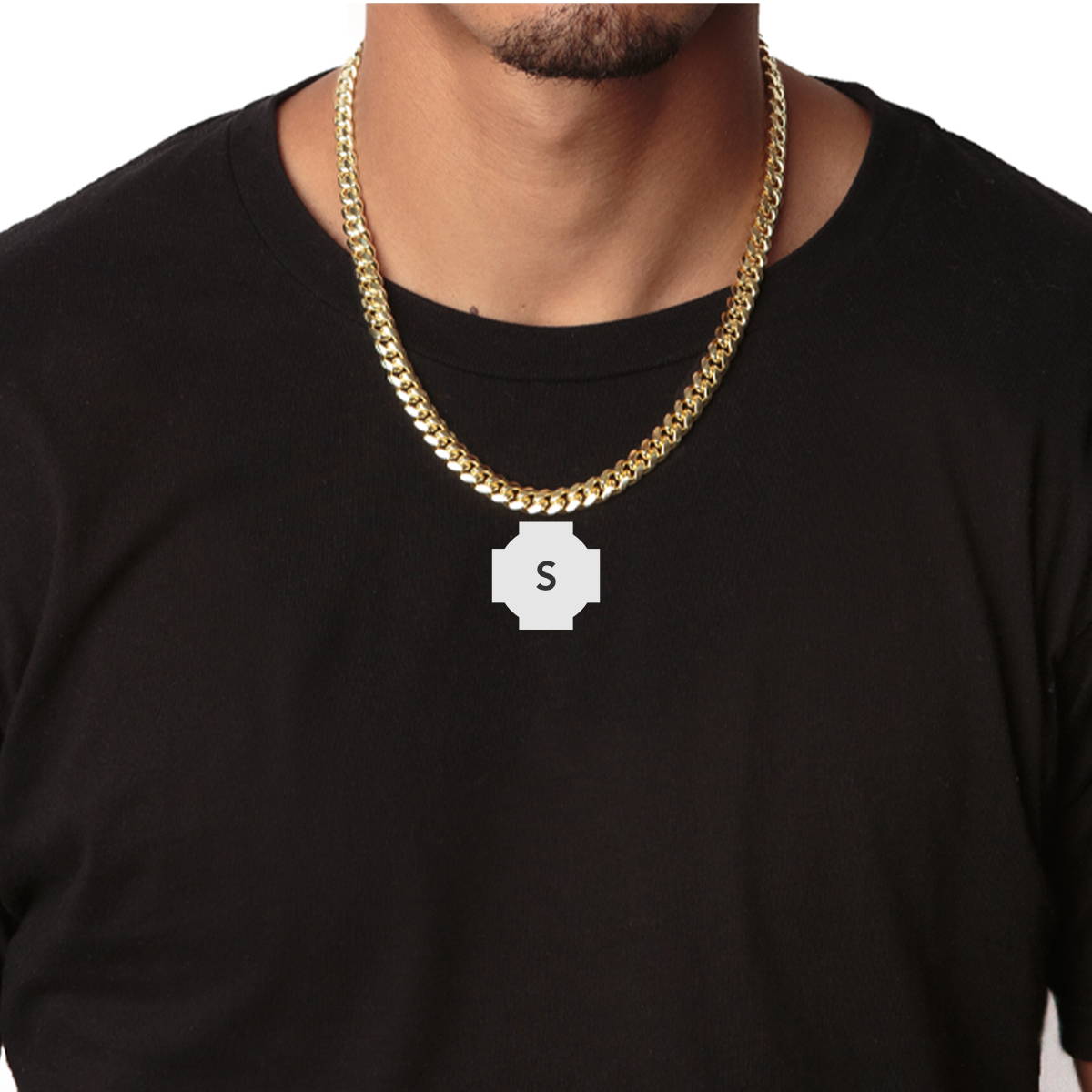 All MEDIUM Pendants will fit INSIDE this area 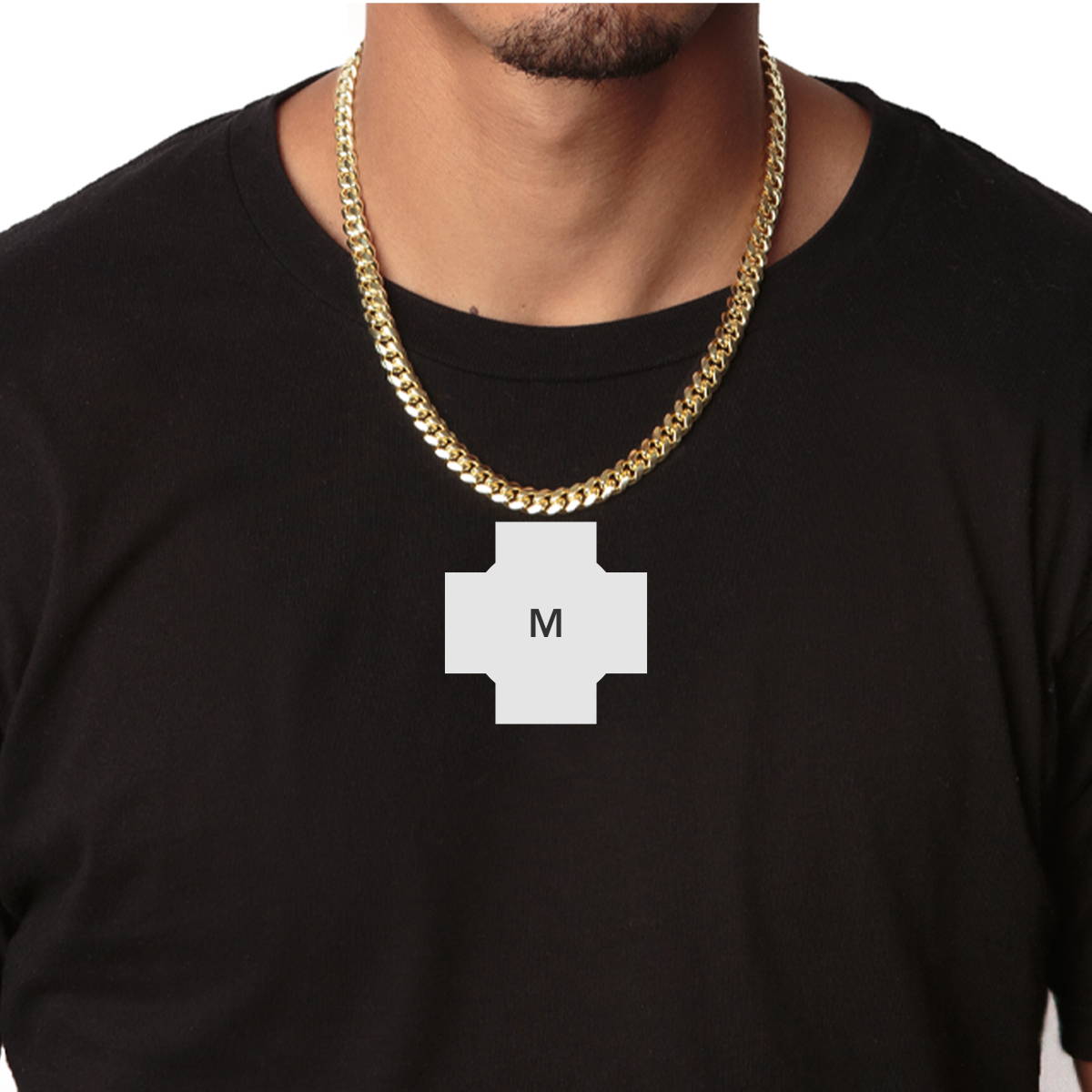 All LARGE Pendants will fit INSIDE this area 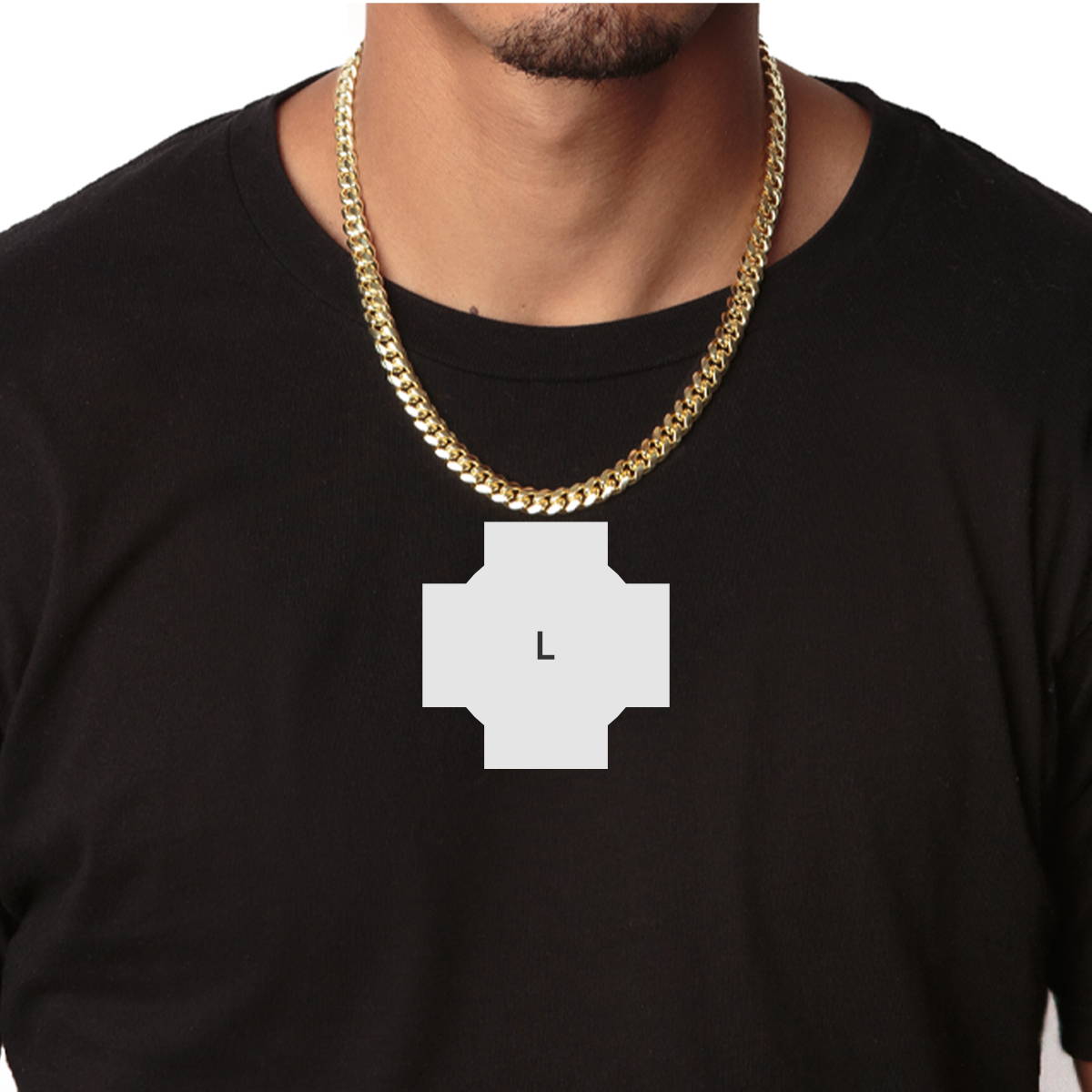 All Pendants that fit OUTSIDE this area are XL 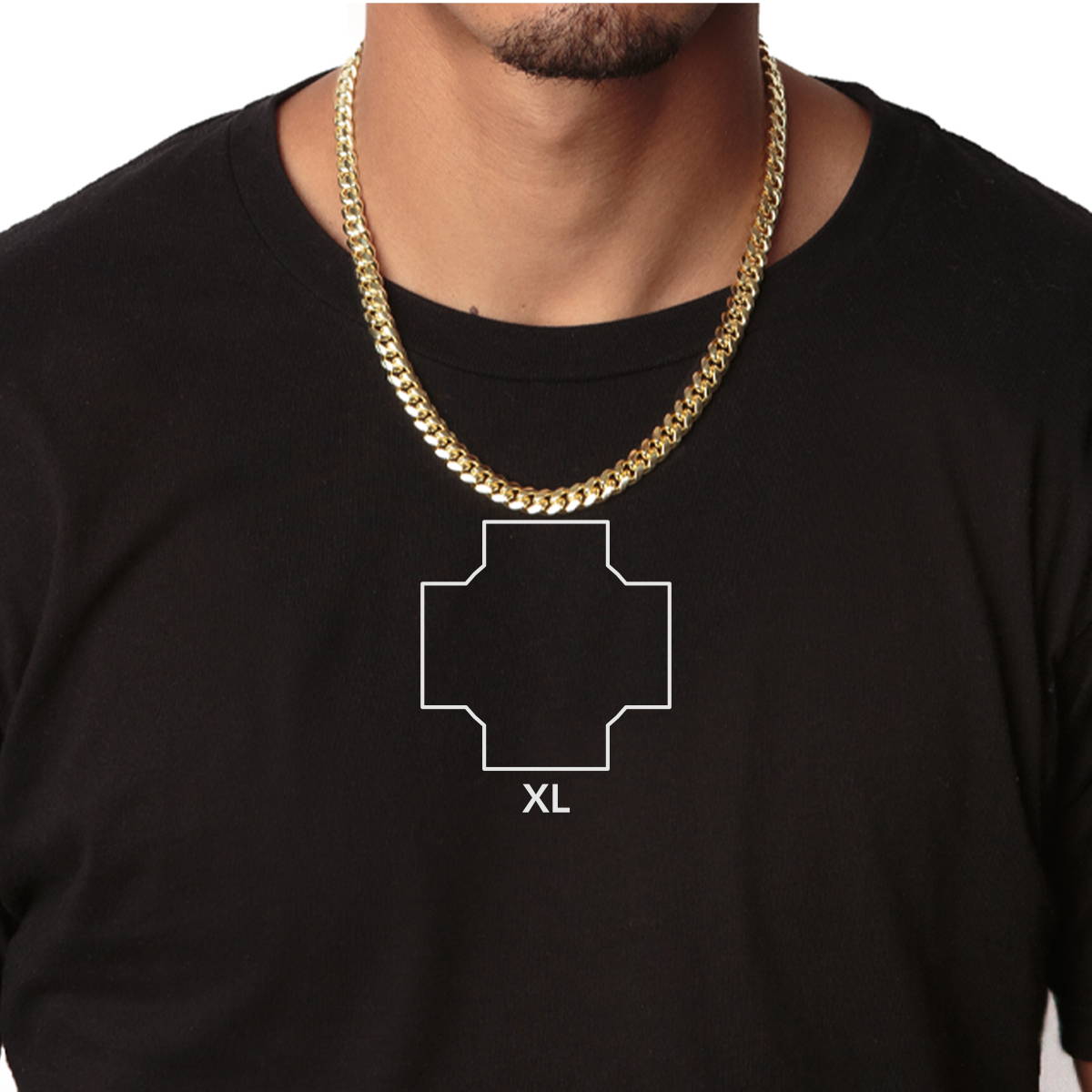 If you need to find your ring size you can use our downloadable size guide. 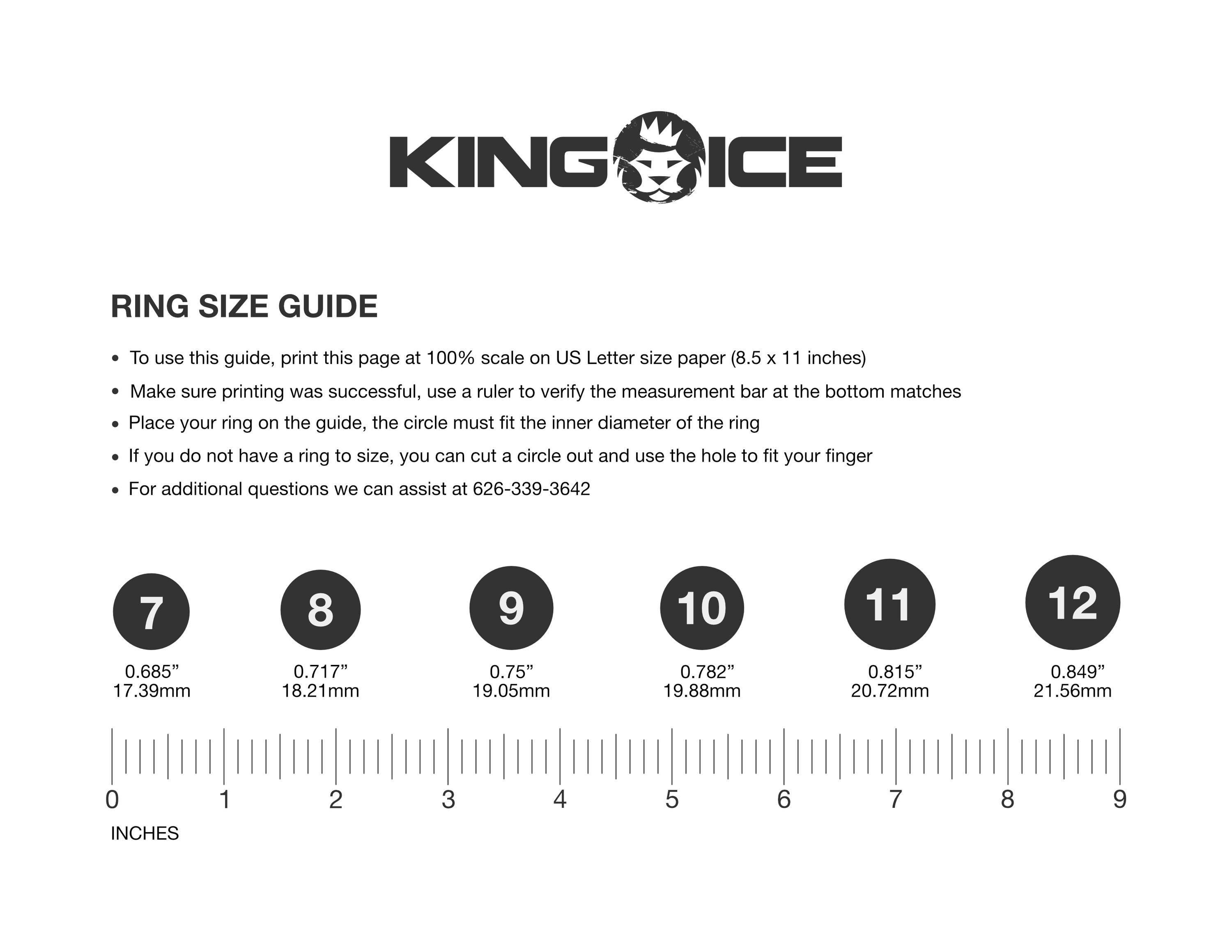 Be sure the page scaling is set to "none" or "100%" in the print dialog. Measure the bottom bar on the guide with a ruler to verify it was printed at the correct size.

Use the guide by lining up the inside circle of a ring with the circles on the chart. If it isn't quite right we recommend rounding down. 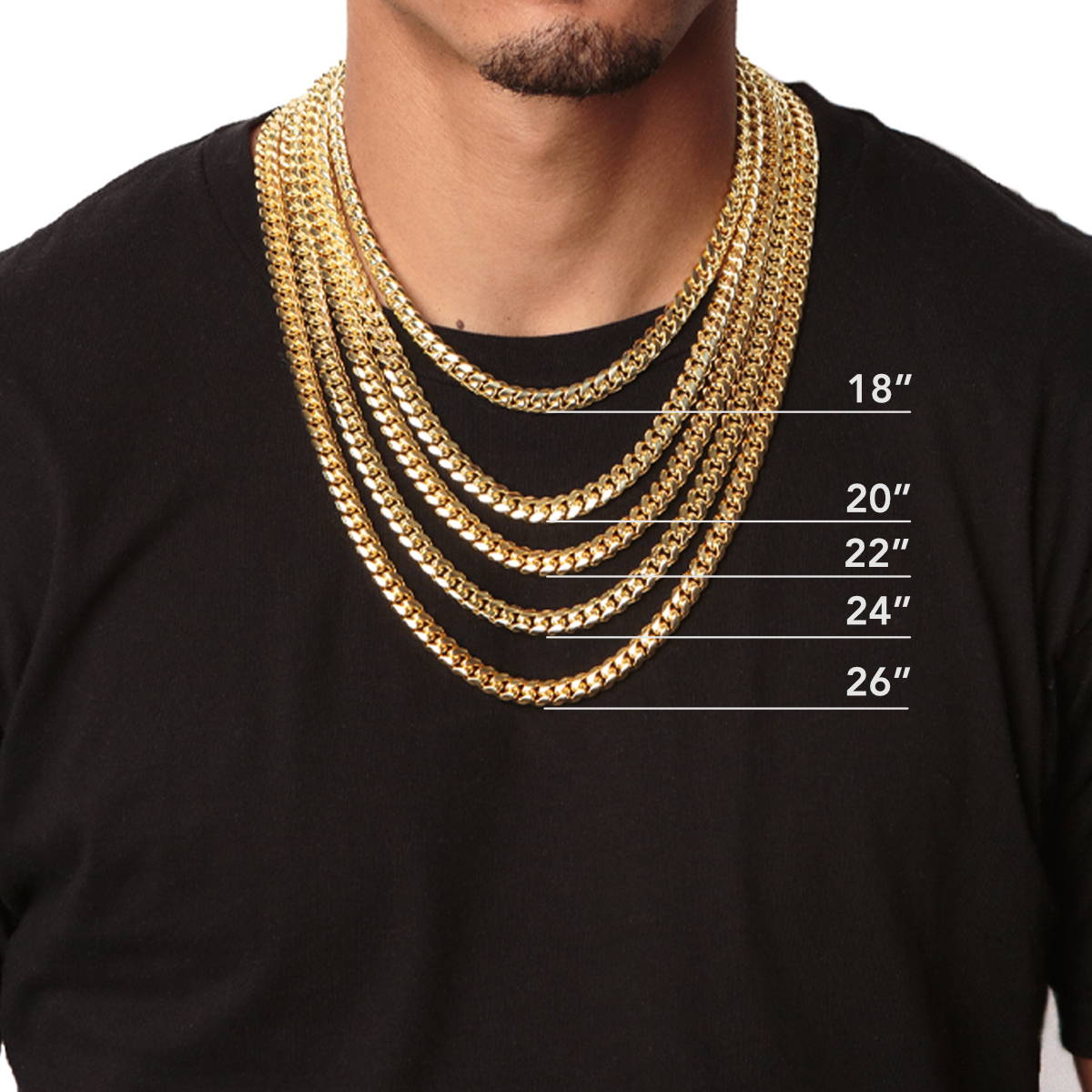